According to historical records, Peng Chau has been inhabited since the Neolithic period. The lime kiln industry thereat started its development in Han Dynasty. Lime kiln industry played an important role of Hong Kong modern history. During the golden era of lime kiln industry, a total of 11 factories went in operation. However, the lime kiln was later declined due to cheaper import from other market competitors. During that time, Mr. Liu Hong-sheng, “The Match King from Shanghai” built a factory called “Great China Match Factory” at North Bay of the island and started production in 1939. The match factory was the biggest one in Southeast Asia. It employed around 700 workers with priority given to local residents. The matches were exported to Southeast Asia and America, making Peng Chau as Hong Kong’s only industrial island.

Peng Chau is an island of multi-religious culture. Temples, churches and historical monuments can be found on Peng Chau, including 200 years old Tin Hau Temple honoring Tin Hau – Gooddess of the sea protecting fishermen. Many years ago an 8 feet whale bone was put inside the temple by the fishermen to consecrate to Tin Hau. 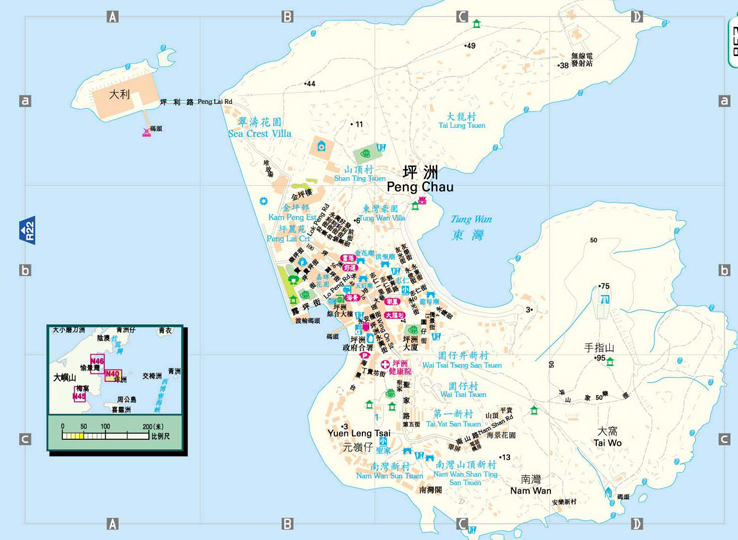