Since the construction of piers at Yung Shue Wan and Sok Kwu Wan in 1960s, ferry transportation has made it more convenient and attractive for local people and foreigners to visit or even settle down there. Thus Lamma has become an island mixing the Chinese and Western cultures.

The power station of the Hong Kong Electric Co. Ltd built in 1978 is the largest industry of Lamma. The historical relics unearthed in Lamma Island are older than those from other outlying islands and other regions of Hong Kong . They can be traced back to from the Neolithic Age to Western Han period and taken as the evidence that there were human habitation at Lamma as long as 5,000 years ago. Lamma Island has become the most famous place for archaeological studies in Hong Kong or even the whole South China area.

After the Opium Wars, although Hong Kong Island, Kowloon and New Territories were ceded to Britain , Lamma was still under control of China until 1898 when the Convention between Great Britain and China , Respecting an Extension of Hong Kong Territory was signed, Lamma was put in the domain of British Hong Kong colony.

Generally speaking, because of the inconvenience of communication, Lamma developed slowly after the World War II. Besides the power station of the Hong Kong Electric Co. Ltd, one can hardly find any tall or historical buildings there. Therefore, its original natural environment has been well reserved to make it an ideal scenic spot. 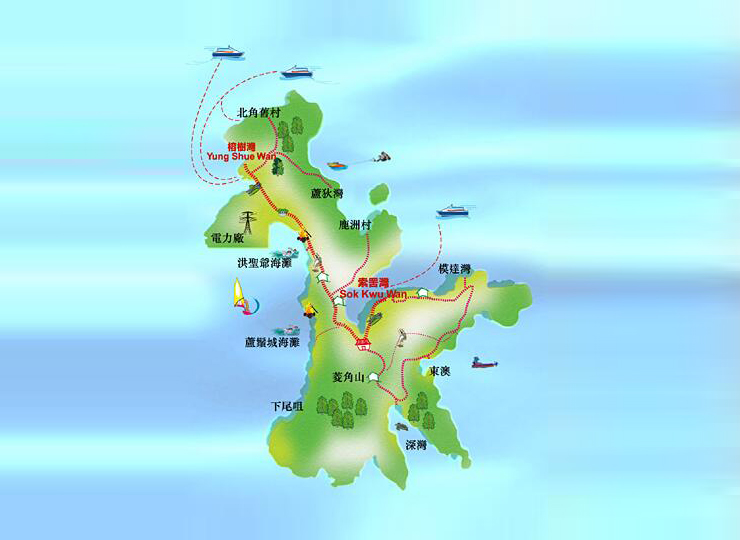